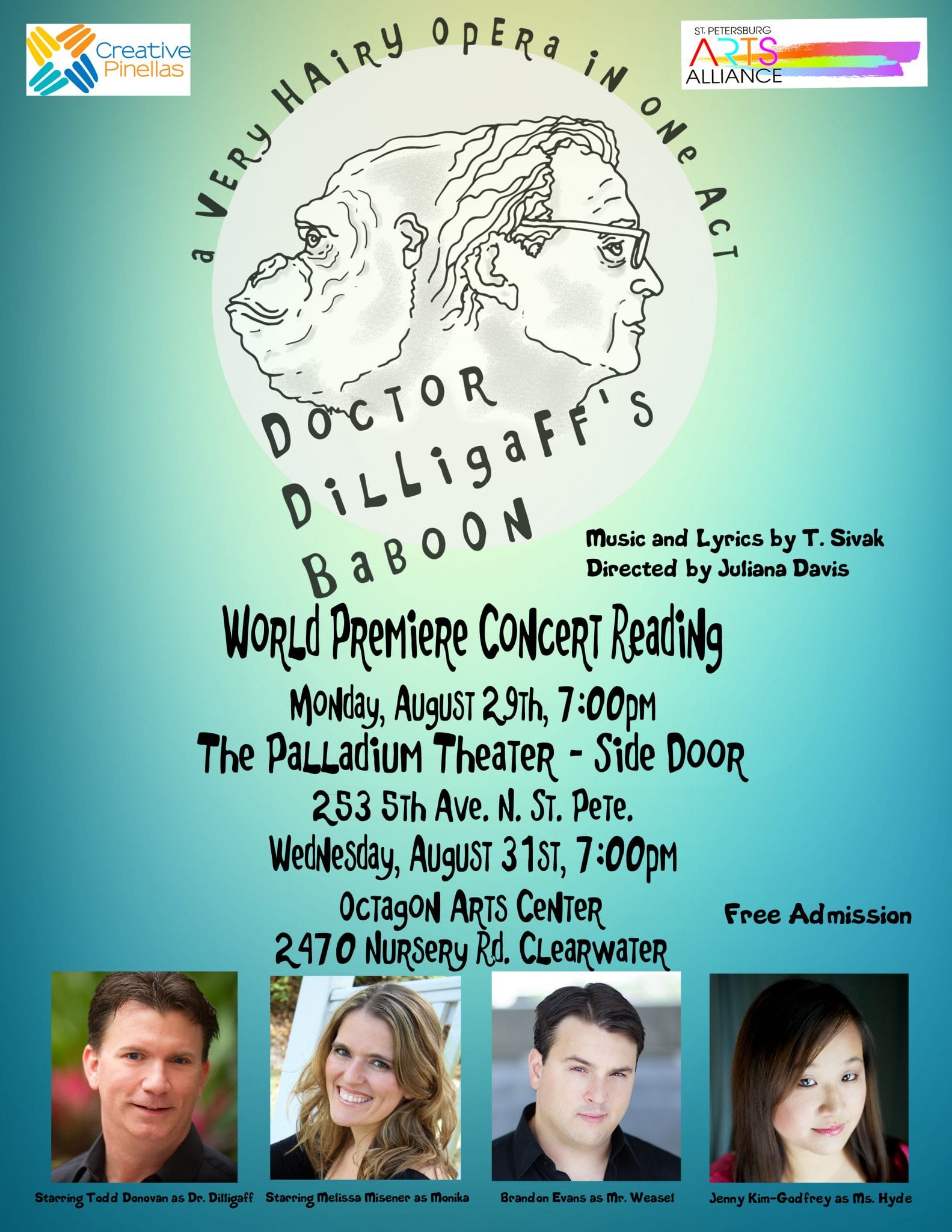 From the Tampa Bay Times.

Most of the pieces are in place for an “absurdist chamber opera,” Doctor Dilligaff’s Baboon, with a read-through Monday at the Palladium.

There’s a plot, but before I get to that maybe it would make more sense to talk about the composer. With distinguished help from the Chicago Symphony Orchestra, Tom Sivak has penned eight musicals, which have been performed on stage, television and film. His imagination tends toward the wild and wacky. In 1985 he co-authored Out o’ Joint with Ron Falzone and prison inmates, through a grant from the Illinois Arts Council.

Thanks to grants from the St. Petersburg Arts Alliance and Creative Pinellas, Sivak will be on hand to play the piano as actors read parts for Doctor Dilligaff’s Baboon. The hourlong opera puts a psychiatrist (Todd Donovan) in a dilemma. Will he fall for his new assistant, Monika, or remain loyal to a life-sized statue of a baboon in his office? For now, this is a staged reading. The Palladium has, however, hinted that a full production could make its way through here in 2017.