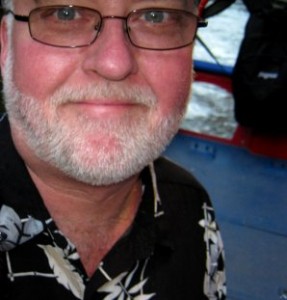 Tom Sivak’s music has been heard on stage, in film, on TV, and — in a prison! The Chicago Symphony Orchestra premiered his Prelude and Fugue at Orchestra Hall in 1981. Golub, a documentary film with a score by Tom, premiered at the NYC Film Festival in 1985. Later that year, Out o’ Joint, a musical revue co-written with Ron Falzone and the inmates of Joliet Stateville Prison, was performed inside the prison walls, through a generous grant from the Illinois Arts Council. The Great Bardo was performed at the Lincoln Center in NYC with Jose Ferrer in the title role. All told, he has written 8 musicals that have been performed across the US and Canada. Most recently, The Brain That Wouldn’t Die! In 3-D!!! premiered at the 2011 New York Musical Theater Festival. Since coming to St Petersburg, Florida, Tom has kept busy. He has written two micro-operas, Frankie & Gianni, which was premiered at GASP! 2018 at the Tampa Museum of Art, and Teeka Teeka Teeka, which premiered at the Carrollwood Cultural Center in Tampa in 2017. Doctor Dilligaff’s Baboon, a comic chamber opera, was presented in concert at the Palladium in St Petersburg in September of 2016, funded by grants from Creative Pinellas and St Petersburg Arts Alliance. Sunshine City, the Musical was presented in concert at the St Petersburg Opera Company as part of the 2018 St Petersburg Festival of the Arts (SPF18).

This past year, Tom also wrote the score for ‘63 Boycott, a documentary film by Kartemquin Films about the 1963 student boycott of the Chicago Public School System. The film premiered at the Chicago International Film Festival in October 2018. In May, Tom was invited by the Trillium Project to spend a creative retreat at Shotpouch Cabin and write music inspired by the idyllic woodland setting, deep in the virgin woods of Oregon. Elizabeth Gelman also attended and took video footage for Shotpouch Symphony.

Three Dementians for String Quartet will be premiered at Festivale 50 in February, 2019. Thanks to a generous grant from Pinellas Community Foundation, the piece will be performed by the Isis String Quartet. Three Dementians for String Quartet employs metaphorical theatrical elements which reinforce a programmatic musical depiction of the descent into Age-Related Dementia. It was inspired by Tom’s experiences with his parents, who both passed away at the age of 95.